Affiliated with Federation of Victorian of Film Societies FVFS

Our not-for-profit film society provides a congenial environment where members of the community can meet on a regular basis to view films often lesser known yet critically acclaimed. 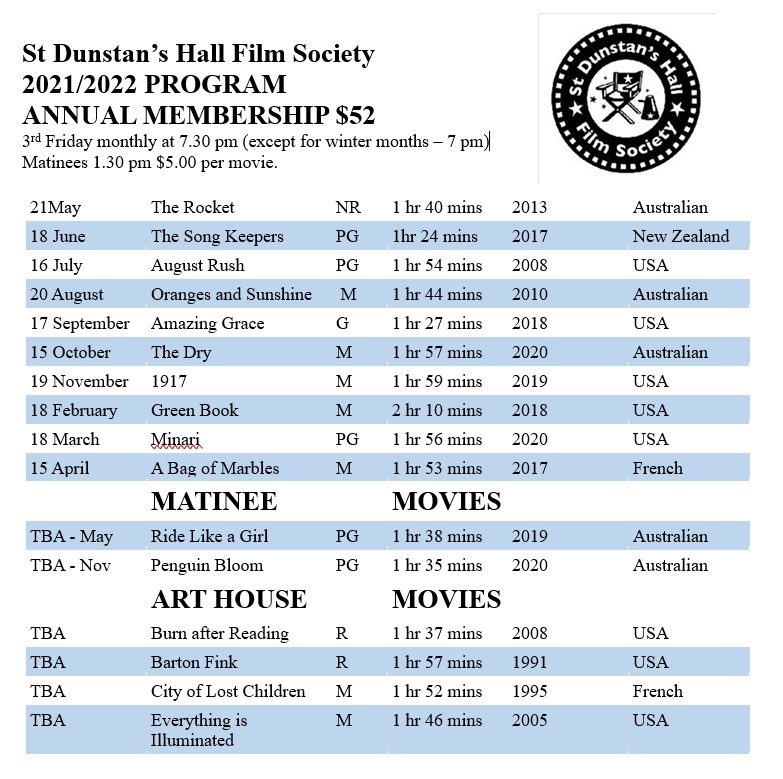 Notes have been compiled to answer some questions from members and potential members.